Installed across the roadway, it measures traffic flow, average and instantaneous vehicle speed and vehicle spacing, accurately classifies vehicles, and covers up to 20 lanes. 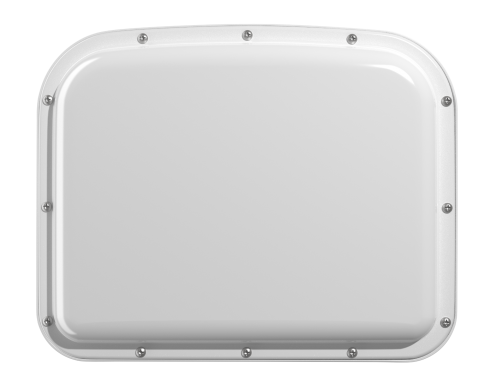 The SmartSensor HD device is designed, developed and manufactured by Wavetronix specifically for motion detection. Each unit is built to the highest quality standards, rigorously tested and fully supported. It is the only radar traffic detector with patented True High Definition and dual radar beams, providing the most accurate vehicle data for ITS and planning applications.

Detection in SmartSensor HD is based on vehicles, not lanes, so accuracy is ensured even if a vehicle changes lanes. Detection accuracy means that each vehicle is detected and its speed, travel time, length and lane assignment are accurately measured. SmartSensor HD detects vehicles and then assigns them to the lane closest to it. As a result, even lane changes of vehicles are accurately detected. This is only possible because of the high resolution of the SmartSensor HD radar. In contrast, detectors based on inductive loops or low-resolution radar are likely to count a car changing lanes twice, once in each path.

SmartSensor HD is actually two radars in one housing, creating virtual traps capable of capturing vehicle speeds very accurately. Wavetronix has managed to develop a radical concept, multiplying the number of radars contained in a single device. SmartSensor HD consists of multiple radars; two receiving antennas placed side by side with enough space in between to create two separate, long HD beams. SmartSensor HD can detect the direction of travel, which is very important for reversible lanes (changing direction of travel in the same lane). SmartSensor HD determines the order in which the vehicle passes through the two beams, so you can determine which direction the vehicle is moving without user input. By measuring the time it takes for a car to pass between the two antennas to a fraction of a millisecond, SmartSensor HD provides highly accurate measurements that are then used to calculate the speed of each individual vehicle.

HD reliably detects movement in a variety of conditions. Moving cars into the adjacent lane, protective barriers, green belts, noise barriers. These are conditions where radar sensors usually have problems, but SmartSensor HD is designed to work well in these difficult situations.

The non-invasive installation of SmartSensors HD (not in the road surface) does not affect traffic flow. Because the sensor is installed on the roadside, it does not require roadway closure and reduces the risk of injury or death to the installer. In addition, SmartSensor HD is easier to maintain than detectors installed in the road surface, allowing for quick replacement or reconfiguration to accommodate changes in traffic patterns, without the need to cut or drill holes that weaken the road surface.

Regardless of weather and lighting conditions, the SmartSensor HD radar still detects vehicles in its field of view. That’s because the radar’s electromagnetic wavelength is much longer than that of light, so the radar beam can penetrate rain, snow, fog and even sandstorms without distortion. Strong winds during storms, change the distance between the radar sensor and the lane only slightly, and are not sufficient to cause vehicles to be incorrectly detected in adjacent lanes or zones. It is true that wet surfaces reflect radar signals differently than dry surfaces, but radar algorithms are designed to compensate for this background change. 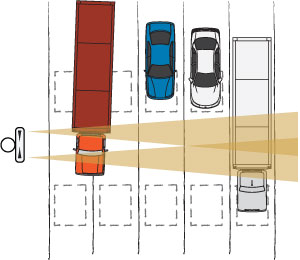 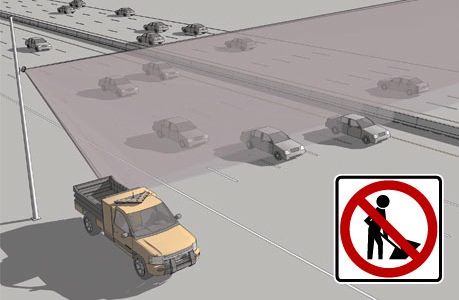 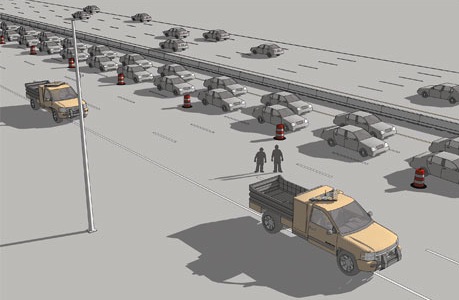